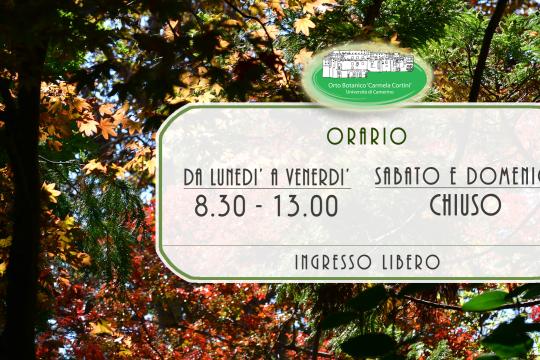 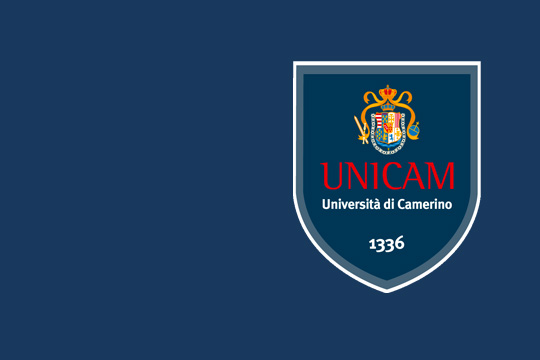 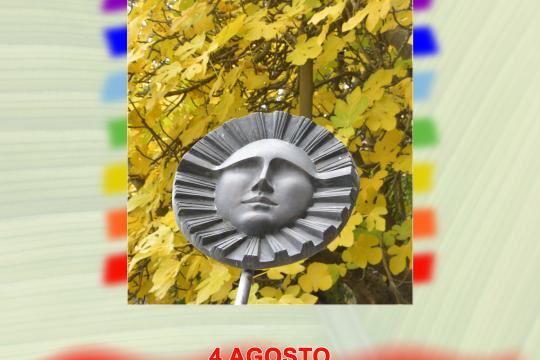 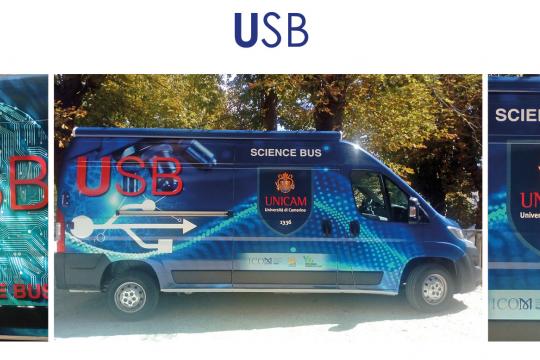 Looking out of the renaissance loggia to the landscape, it is possible to admire a wide view of the Sibillini Mountains keeping out the horizon at South while, looking down, the Botanical Garden can be noticed thanks to its hanging gardens, its collections partitioned in flowerbeds and the centennial trees, some of which reach the balcony and go even beyond it.

The Botanical Garden "Carmela Cortini" fills a surface of about an hectare and the access is possible both from the boulevard Oberdan, a long boulevard characterized by the presence of horse chestnuts, and from the Ducal Palace’s renaissance loggias the that are on top. These loggias are named "Loggette dei Governatori" and they communicate with the Botanical Garden thanks to a famous spiral staircase with 106 steps, commissioned by Pope Pio V in the year 1568.
At the base of the spiral staircase and along the perimeters of the walls internally running along the Garden, some natural caves are present (these caves are named " I grottoni"). They are partly dug in sandstone banks upon which the foundations of the Ducal Palace lie.
The Garden is divided into two main parts: the slanted, nemoral part which dates back to the nineteenth-century, wherein the centennial trees form a grove and the second one, with a straight surface, filled with herbaceous, shrubby and arboreal species, partitioned in thematic areas.
Moreover, there are some architectural beauties that embellish the nature represented in the Garden as for instance two round fountains respectively lodging a statue of the nineteenth-century made of tile and a work of the artist Gino Marotta, made of iron and depicting "The Vegetable Universe ".
Since the year 2012, the Botanical Garden of Camerino has been awarderd, by Regione Marche, the title of Formazione Vegetale Monumentale (Vegetable Monumental Formation), thanks to some arboreal types specimens that date back to the age of the Garden’s establishment.

1000 smq of Nature, explorations, insights and ….fun: this is the visit to the Museum of Science Unicam.
A unique experience, with many years in setting activities of temporary exhibitions, specific educational activities and for guided tours at permanent museum exhibitions and especially for the beauty and the quality of the our collections.